The Weekend in Review

Turkey Trot- hosted by the Council Bluffs YMCA.  Thursday morning offered us a high of 28 degrees, and the run took place alongside the Missouri River, including a crossing of the Bob Kerrey Pedestrian Bridge.  Needless to say it was cold!   My girl, Jessica, ran it with me.

Even though the wind was in our face, it was still a really neat experience to run across the bridge.  The Bob Kerry Bridge runs across the Missouri River, allowing people to be in Nebraska and Iowa at the same time (what a touristy thing to say). 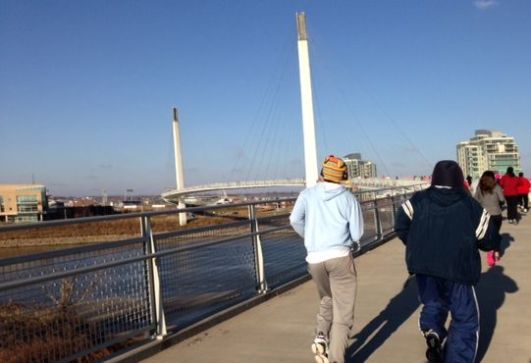 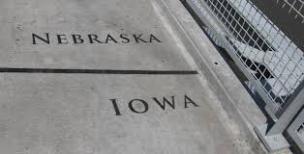 The rest of Thanksgiving Day was spent attending three family dinners.  And, sadly, I didn’t take but ONE picture.  Just one!  I guess I was soaking in all the family time.

Clint and my Gr’pa shootin’ the shit.

Dinner Two:  My mom’s.  My uncle and aunt were in town so we swung by to chat with everyone for a few hours before heading to… 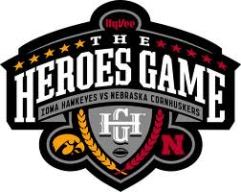 We are Hawkeye Supporters in this house!  I don’t call myself a fan, because I don’t follow every last thing the Hawkeye Football Team does, however I always root for the Black and Gold.

How fun is my Grateful Hawkeye shirt? (and my ridiculous selfie)

It was a great game and awesome to see the Hawkeyes take the WIN!

We had some friends attend the game in Lincoln, so they came up to our house afterwards to celebrate with a few beers.

A few years ago, Tyree and Clint made a bet on the Husker/Hawkeye Game.  Huskers won, which meant Clint lost and therefore had to wear Tyree’s Husker Shirt for the night.

Well, paybacks are a B!tch, and apparently this bet is long standing.  Doesn’t Tyree look adorable in this Hawkeye shirt??

It started to look like Christmas in the Pirtle household!  I spent the entire day decorating while watching CSI reruns.  It was a PERFECT day. 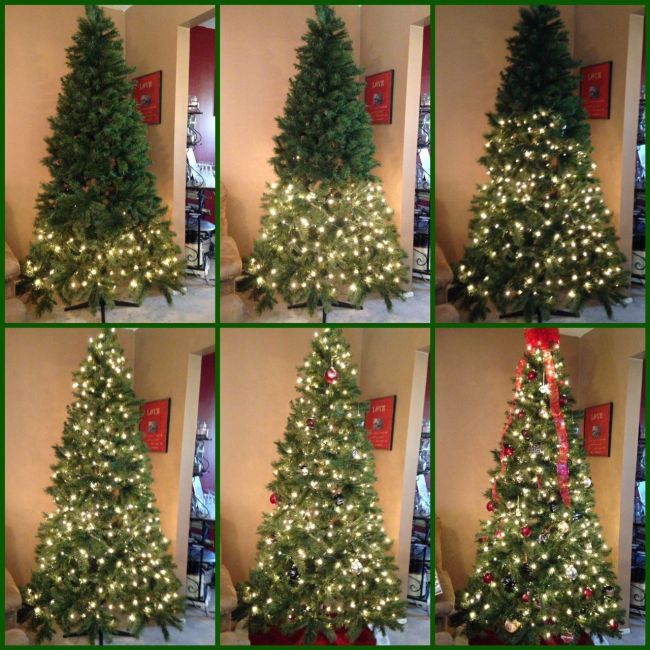 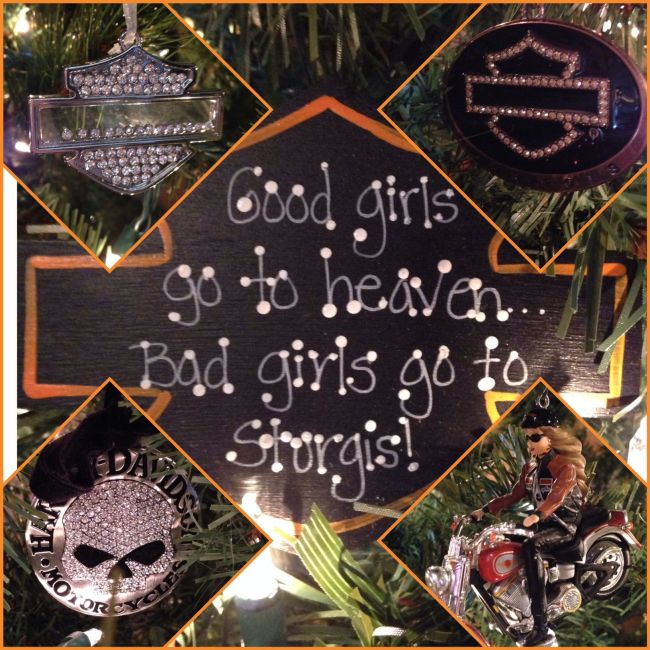 Did you expect anything else?  I mean, really.

I hope you all had a wonderful weekend as well!

Cheers to a great Sunday!

2 thoughts on “Turkey Trot, Hawkeyes Win, A Bet and our Harley Holiday’s”