So why I got this stupid idea to paint my entire living room and main hallway is beyond me.

Well, actually, I was tired of the dark brown covering the entire upstairs.  It was dark and boring and I was needing a change.  The below photo is the before, which actually looks a lot lighter than it really was.

forgot to take a true before photo, so no, the couches aren’t normally like that

walls still tacky to the touch – no decorations yet

The hallway was a giant pain in my butt having to paint around the door frames.  I’ll admit I wasn’t very careful staying inside the lines.   I MAY have hit the ceiling a time or two as well…

The plan is to put up crown molding, change out all the baseboards and get new closet/bedroom doors next.   We are getting rid of all the white trim and going back to wood.  Hallelujah!

This will be a winter project for Clint after it becomes too cold for his crew to work outside and in between the white gold coming down from the sky.  Clint landed more contracts than normal for snow removal this winter, so he is pretty pumped for it to start snowing.

This is also the time I stop being referred to as wife and instead get coined a snow widow.

I don’t mind at all as it gives me a chance to bake, keep the fire roaring and take snacks to the crew while they pull all nighter’s.  The only downfall is I don’t get near as many snow days now that I am not a teacher.

While I spent my time indoors on Saturday, Clint spent his time out.   He got his Impala out and moved to our storage unit.

This little beaut doesn’t see near enough sunlight.   He tells me next summer it will receive some TLC.   I am assuming this means work done on it and not actual daylight time.

He and his dad rebuilt the Impala for Clint’s 16th birthday, much like the rebuild Clint did with his son Kyle for his 16th birthday: 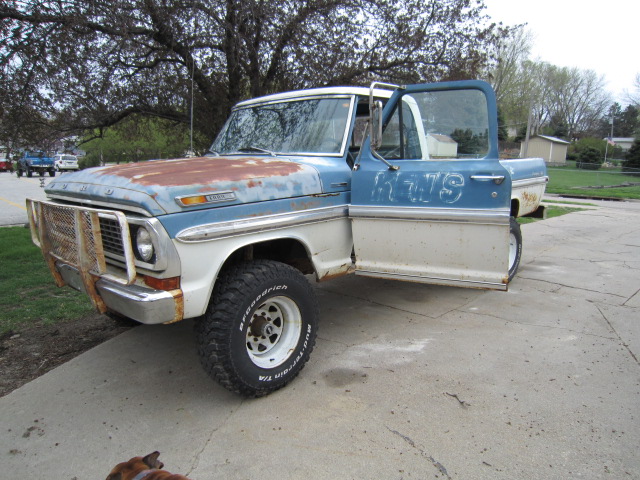 Pretty great tradition, if you ask me!

Saturday afternoon break-time consisted of Clint and I having a conversation while sitting on the staircase and Champ pushing his way in.   This is 100% typical.   He can’t stand being left out.

After our mid-afternoon break, Clint went back to work prepping for his ’71 Ford rebuild.

So, our garage has now transformed into a full two car garage work zone only.

Saturday evening I called it quits on the painting and hit up the gym for some stair work and lower body weights.  For the record – Saturday night at 6pm is a great time to hit the gym.  No fighting for machines or free weights.   It’s a dead-zone in there!

After the gym I threw together this Greek Chicken recipe.  Seriously SO GOOD.

And THAT wrapped up our exciting Saturday night!

Sunday I woke up to find a large metal object in my tire.   Bad news.   Lucky for me Clint repaired it in no time so I could hit up Michael’s early for some shopping.

Buy one get one, y’all!   I have freshly painted walls to decorate! 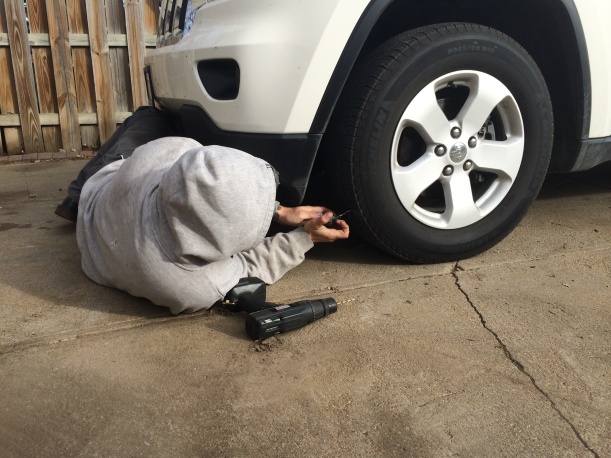 After some shopping I spent the rest of the day finishing up all the painting, threw in some laundry, cleaned the kitchen and went for an afternoon jog around Zorinsky Lake. 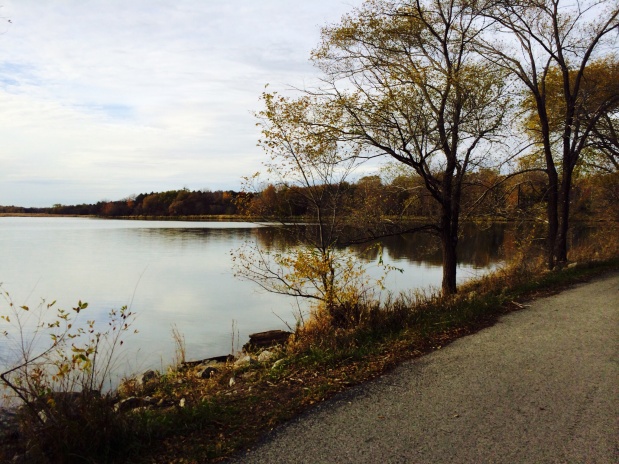 Dinner from Jason’s Deli and all of a sudden it’s 8pm and we are wrapping up the weekend activities in preparation for bed time.

Cheers to another great weekend with my man!