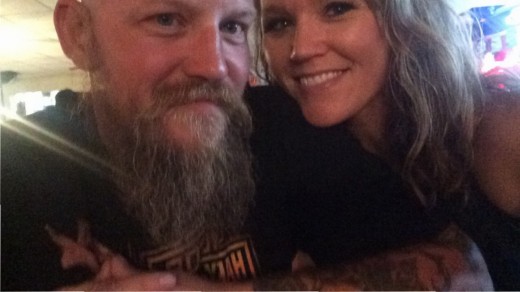 Friday, July 17th Clint, myself, Jade and Kayla took off to Leasburg, MO to meet up with Craig and Bobbie for a fun float trip weekend.

The 7.5 hour drive down was a little daunting, but the company made it fly by.

And, perhaps the pit stops provided a little entertainment as well…

The boys thought they needed “special” floaties…  I will spare you the photos from inside the store, but perhaps you should brace yourself for the floatie pics to come later. 😉

Once we made it to Leasburg, we made a pitstop into Skippy’s Route 66, where the drinks were cold, the bartender hilarious and the staffing low.

Case in point, my husband is behind the bar doing dishes and serving up customers drinks.  They were so far behind that when Clint offered to help, the bartender jumped at the chance.

It’s been YEARS since I have seen Clint work behind a bar.   9 years ago when Clint was trying to win me over 😉 he worked for a little bar called Eli’s in Rockbrook Village.  Oh man… the nights I spent in that little bar.  He was such a cute bartender.   Claire and I hit this spot OFTEN for shenanigans.

A few drinks and a shot later, we headed to our little home away from home for the weekend to settle in for some dinner, lounging and good chats.

And apparently, snuggles too.

Saturday morning it was time to blow up the floaties and slather on the sunscreen for a FULL day of river floating and beer drinking.

The boys named that hideous blow up doll, Verlene.   Our entire day was based on Verlene.

Our shuttle picked us up, we hooked our rafts together

and set out for 7.5 hours of float time 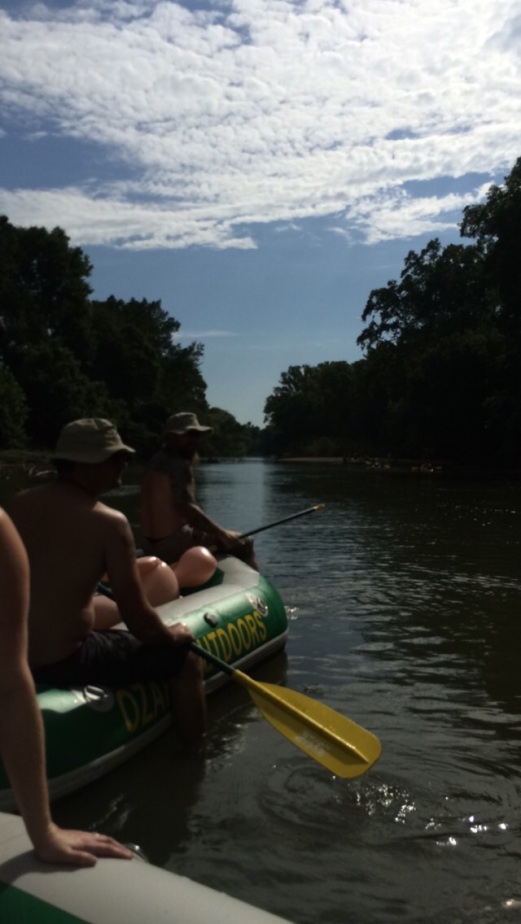 We floated, swam, boozed, laughed, relaxed and had just a straight up awesome time. 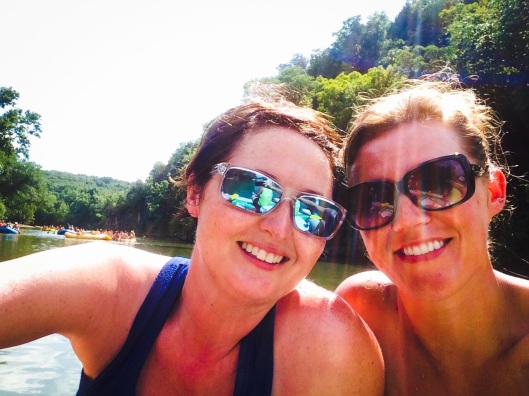 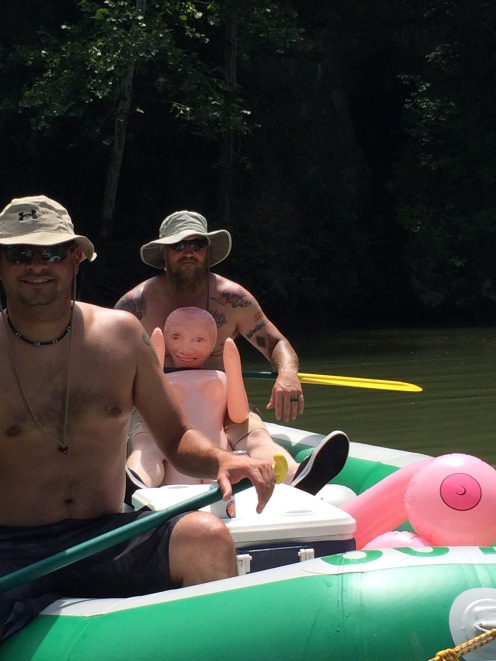 Cheers to a great weekend with friends! 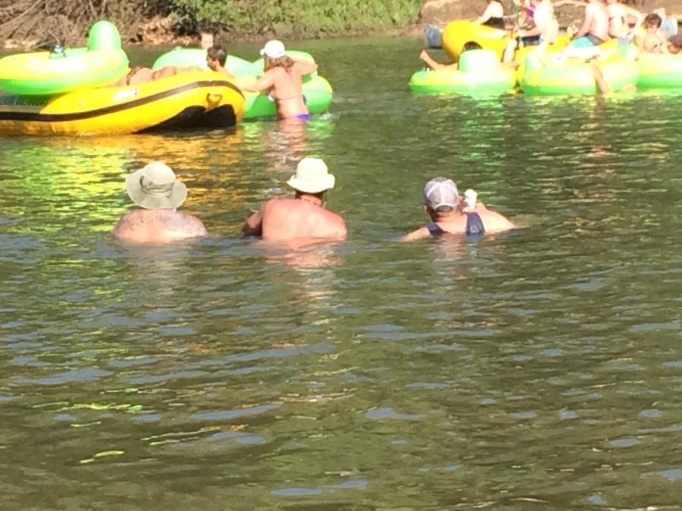