What can I say?   A little break from the blogging world was in order.  I’ve got a few things planned for the upcoming weeks so as long as I can set aside a few minutes each day I’ll actually post some items of substance.

Let’s not hold our breath though, k?

For the FIRST weekend in a long time I didn’t have many plans.  Everything was set in pencil and low key.   For a girl who hasn’t seen a free weekend in months – I was overjoyed.

Friday after work I met up with Jessica at Brewsky’s for some happy hour beers.   Kristen was even able to swing by for a drink making it a mini-Vegas reunion! 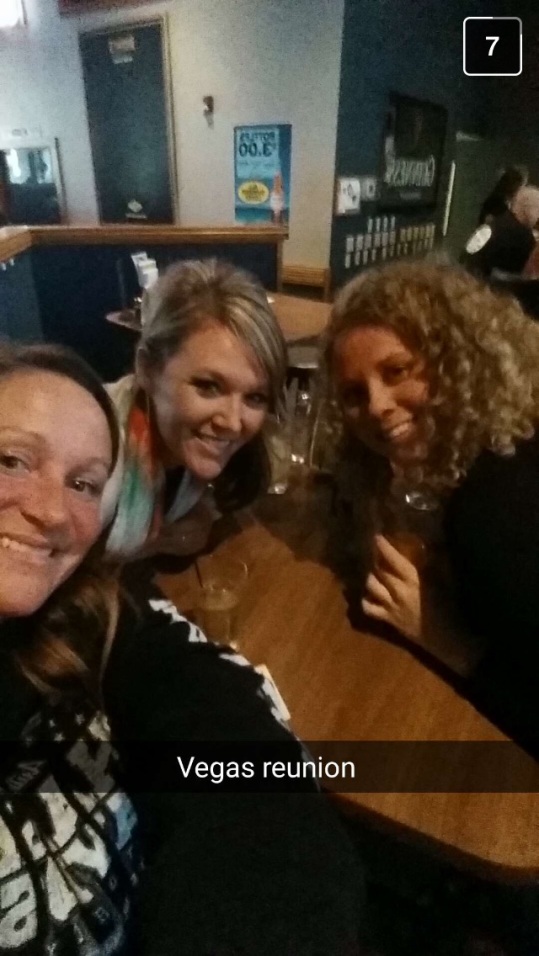 5:30pm quickly turned to 9pm so we invited Clint to join us for some pizza before turning in for the night.   You guys… the pizza at Brewsky’s is amazing!  We added jalapenos to our “supreme”.   Oh yum.  Highly recommend.

It was graduation weekend at IWCC and talk about overcrowded.   We were standing room only before the ceremony even began.  Record number of grads!  It was awesome to experience as always. 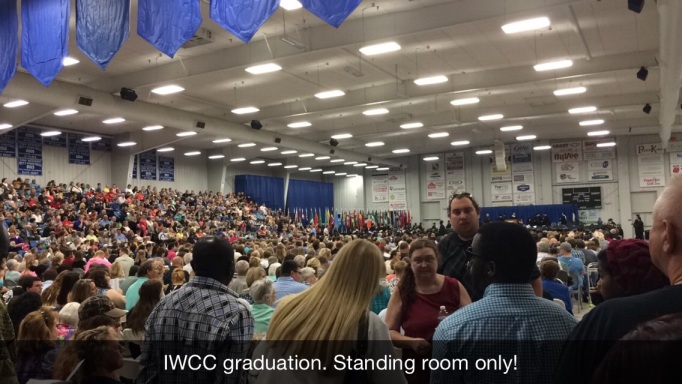 My feel good moment from Saturday:

After the ceremony I recognized a tall young man from back in my teaching days standing in the crowd.  I approached him to ask if he was a former Buffett Middle School kiddo and right when I touched his arm to get his attention he turned to me and said

“You are just so beautiful”

I processed that for a quick second and then asked if he was a former Buffett kid to which he said yes.

I followed up with:

“Well then, you might remember me as your music teacher”

Light-bulb moment happened in his eyes, said he thought I looked familiar and then again said,

“well, I thought you were beautiful then too”

LOL!  I remember this kid and his friend (who was an IWCC graduate) very well. Both SUCH great kids when they could have easily fallen in the rough crowd that surrounded them.  I sent him on his way (not before I found out he was a UNO student) and a little while later I saw him again with his friend, Bryce, who ALSO was my student.  Of course I took that moment to congratulate and shake Bryce’s hand on  his recent graduation.

If only I had my brain attached I would have gotten a photo with the two of them.

Bryce Armstrong and Brandon Carney = thanks for being great kids back in the day.  Your 8th grade class gave me a run for my money being a small town rural Iowa teacher transplanted to the city.  You were great kids then and it makes my heart happy to see you doing great things 7 years later.

The rest of the day we spent putting my freshly painted saddlebags together.  What a freaking test to our patience!

Mid-day I received a text from Tina and Corey saying they were going to be in town and stopping by around 4pm.  PERFECT time for a beer break!

One driveway beer turned into many when more people stopped on over!  I love days like that.

We ended up heading out for dinner (which wasn’t the most pleasant experience I’ve ever had, but I’ll spare the waiter additional humiliation and take the high-road).  If you followed me on SnapChat you know what I am talking about (Find me at: harleyjordy).

Corey must think he has adorable dimples or something. 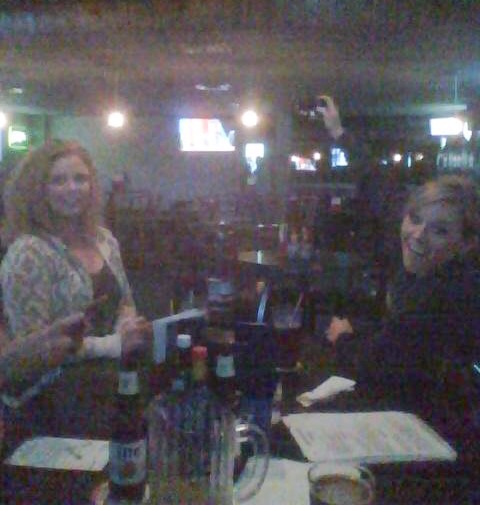 Sunday we resumed work on the Harley saddlebag installation.  Again… a test of patience, but we made it!

Who knew that was going to be that long of a process?!  Yeesh.

The paint job is absolutely beautiful and Nick did SUCH an awesome job on it (Bonus: I have a neighbor who will be doing the pin-striping on it for me soon too).  Unfortunately, the whites don’t quite match up.  Not anyone’s fault, and definitely not Nick’s.  The bags are just SO much brighter white then the bike.  We are hoping it’s the amount of flake overlay.  We are taking it to Nick to get his professional opinion on it this week.  Again, not anyone’s fault.  That is what happens when you purchase aftermarket items and don’t go with Harley paint (which was like 2 times as much).  We will get it to match perfectly though, I have faith. 🙂

Doesn’t it look kick ass?  Totally transforms the look of the bike.

Now to get those pipes extended. 😉 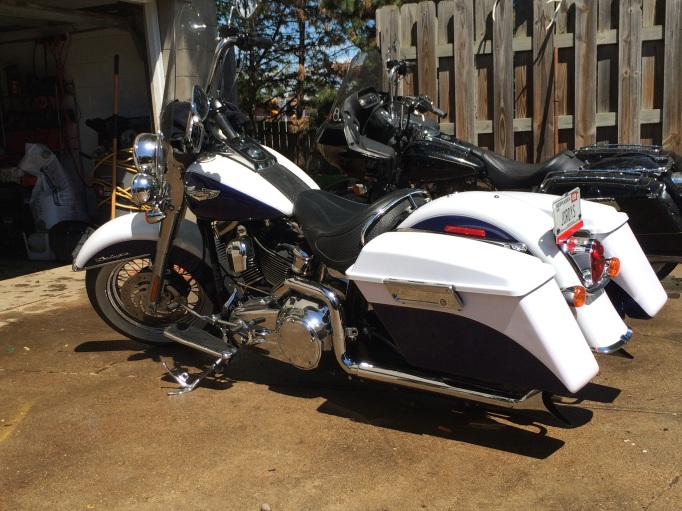 Sunday afternoon I went for a quick 2 mile jog and 1 mile walk and somehow bruised the bottom of my foot.  Killer, man.

Then Sunday afternoon/evening I got to spend with Tyree.  She is competing in her first fitness completition this coming weekend!  She will be in the bikini class.

She came over at 4 so we could play around with her hair and makeup before heading out to her final posing session with her coach and several other gals who are competing.  I was surrounded by hella-fit women in ultra tiny bikinis.   LOL!

I am super impressed and PROUD of these girls.  It takes an incredible amount of devotion, dedication and focus to get the bodies they have.   Not to mention a complete lifestyle change that leaves out fun food and drinks and sometimes even leads to sacrificing social situations.

I was asked recently by someone how I don’t get insecure or jealous by attending these things and my response is “WHY ON EARTH WOULD I?”

First: They have different goals than I.

Second: They are on a completely different fitness and nutrition track.  As in, they are on one and I am not! ha

Third: I have a different body frame that I of course have some insecurities over (since I am up about 7 pounds now since last summer) but no way in hell would I ever compare!

Fourth:  When did not being proud of your OWN body and your CURRENT physique ever go out of style?  Blech.

Fifth: This isn’t about me, now is it?  It’s about those freaking rock stars on stage.

To all of you girls and guys competing this weekend, you are AMAZING!  I love your dedication. It is definitely something to be admired.

To the girls I have had the privilege of getting to see practice in these posing sessions these the last couple of weeks, I am so excited for you.   Your personalities shine.  You have never once shown a “too good” attitude and you have shown complete humility towards the others around you.

That is what makes you SHINE BRIGHT!

Meanwhile, I will drink all the vodka and beer and eat shit, like these ice cream cones we had this evening, for you.

I’ve got your back.

Leave a Reply to Harleys and Heels Cancel reply