January felt like it lasted 328 days, February maybe 10, and now March is showing signs that hell has literally frozen over.

Winter: Get Over Yo’self!

Summer 2018 was a scorcher so I believe now is a perfect opportunity to reminisce on those so humid I need to take a shower to dry off kinda days.

Enter in the 13th Annual Biker B!tch Run with these Babes. 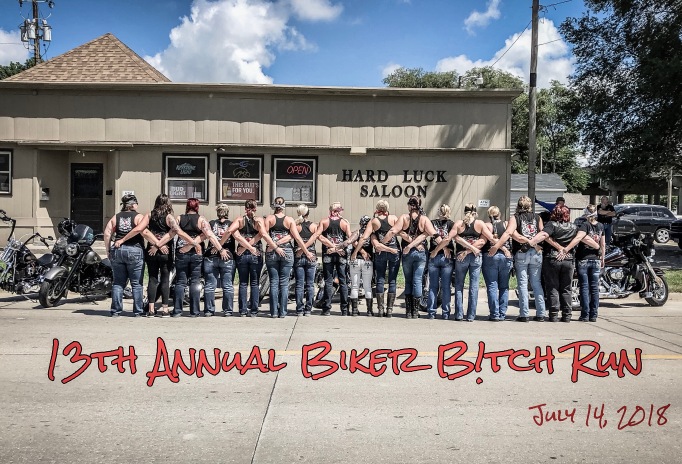 The run began in Council Bluffs, IA at the Hard Luck Saloon with the divvying of shirts and morning Bloody’s before heading off to the Aeroplane Inn. 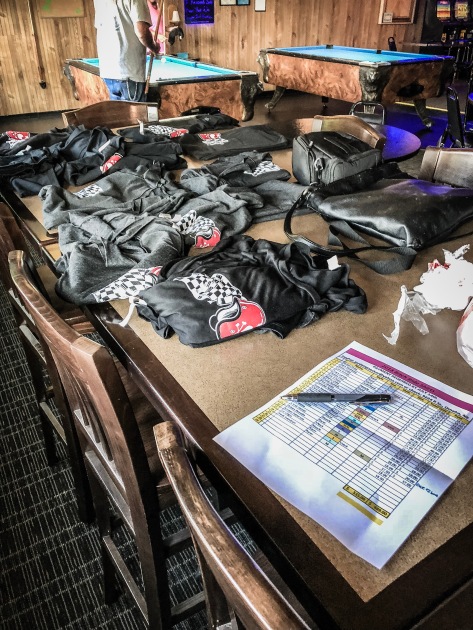 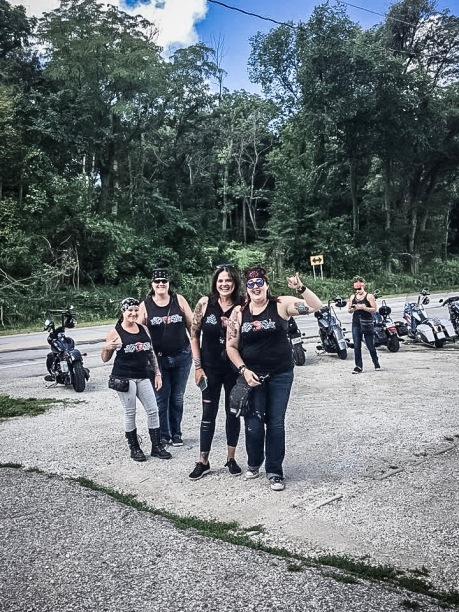 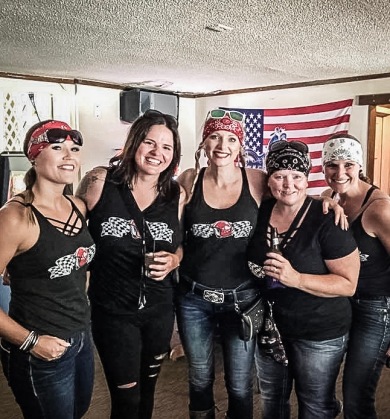 Kickstands up and off to Sportsman Bar in Pisgah, IA.

Some photos just can’t make it to cybersphere.  Sorry.  That saying “what happens in Vegas stays in Vegas?”  We all know that’s not entirely true, but you can bet your bottom dollar that you don’t want to see what kind of situation that selfie stick found itself all up in.

I am not quite certain, but I believe a bet was involved here, along with the age requirement question.  Small towns, man.

Children must also remain in their designated locations at all times. 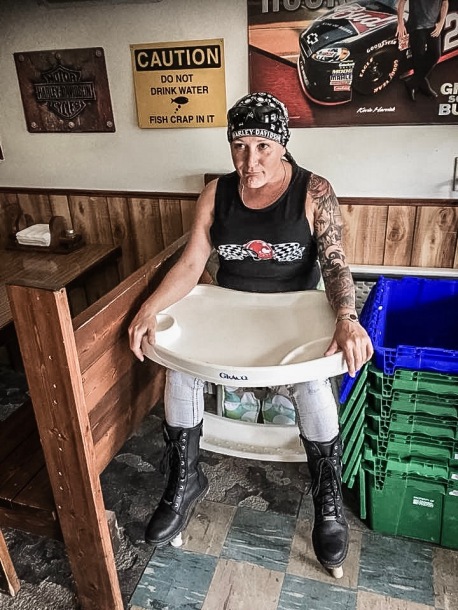 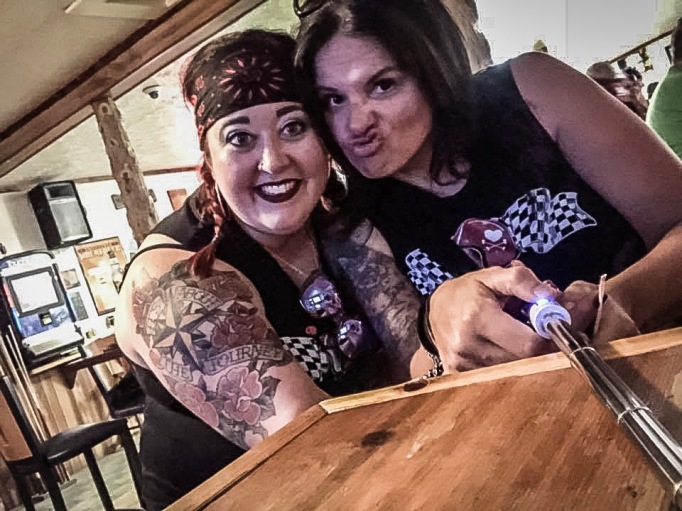 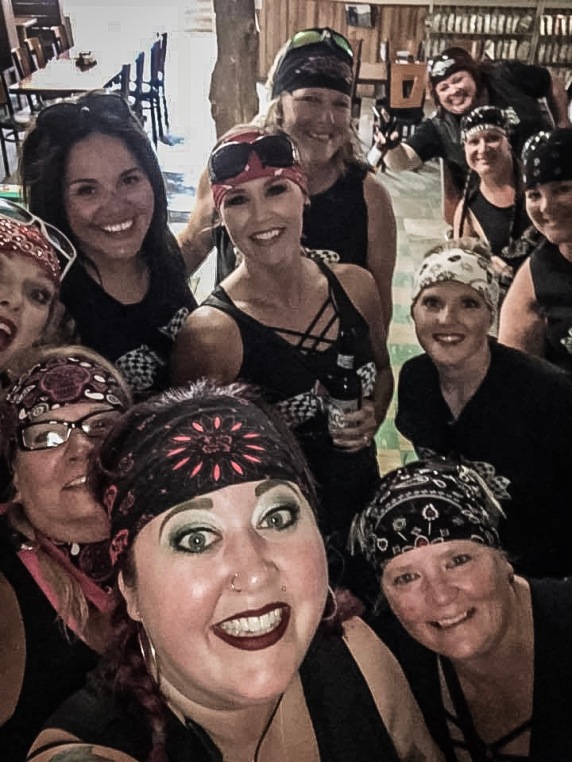 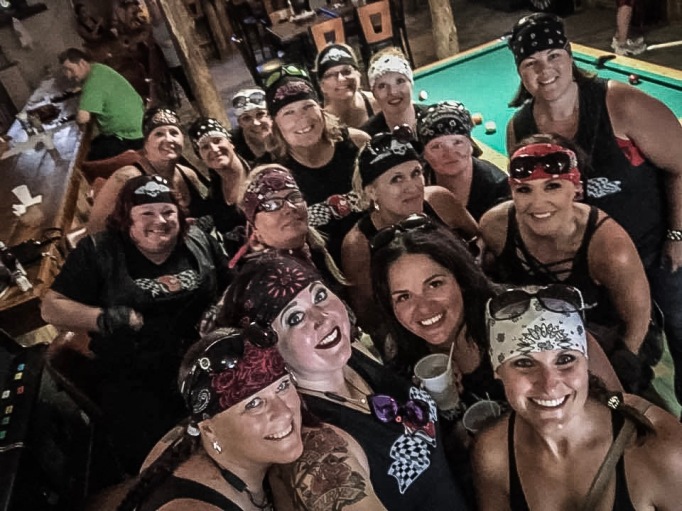 Photos, Photos, and More Photos.   The gang was snap happy.

Let’s Roll! Up next: fuel for bikes and humans.  Pop N Docs, delivered. 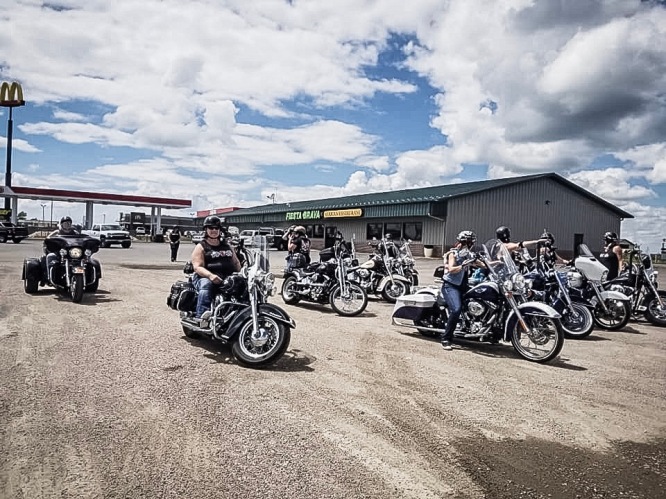 Heidi’s man happened to be out boating and made his way to the bar in time to buy us all a round of cocktails.  I can assure you, no one was upset about that.

Moving on: Tekamah, NE to Ronnie’s Bar, who we blew off a few years back due to tire issues and timing… so we thought we’d stop in and repay them… with nonsense, of course.

And finally to a bar in the literal middle of NOWHERE, somewhere West of Blair, NE.  I don’t have a clue it’s name, but what I do know is:

Shag carpet, a cooler of beer inside AND Free Candy, too!

We took the bait. 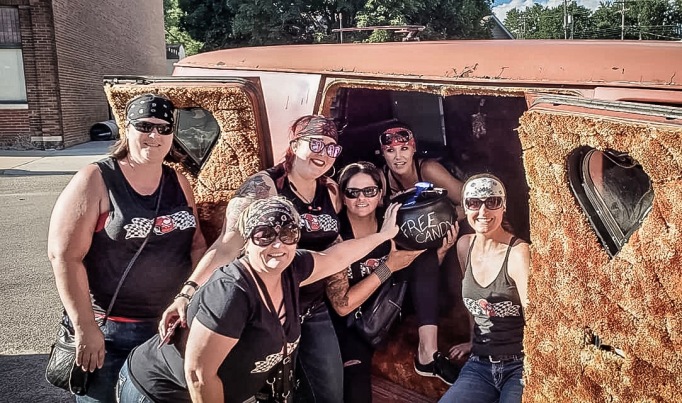 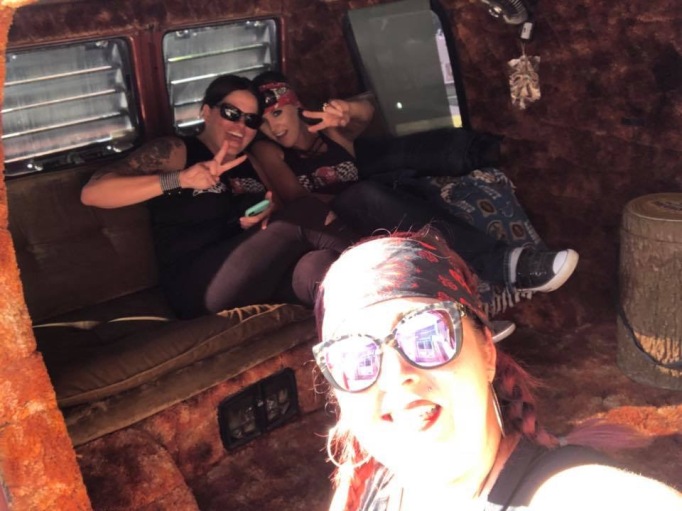 With bellies sore from laughter, many cleared out and headed on home at this point, while a few others made our way to Waterloo, NE to the Dog House.  A tried and true, never fail ya, bar.

This bar brings out the feels… I guess?

And how about this CUTE little kitty…

who was having NONE of it.

Now you know, this wasn’t the end.  Never is.   One more nightcap at another bar I fail to remember the name of.  It was also in the middle of kinda-nowhere, north of Omaha, off I-680.  Descriptive enough?

Poor Tyree.  All she wanted was a last man standing photo. 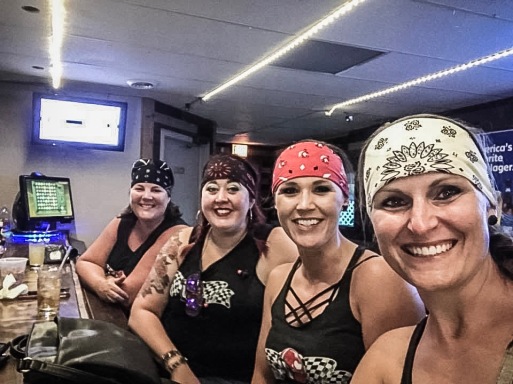 Cheers to Year #13 with some of the BEST ladies I have ever come to know.  Two-Wheels create such unique and fulfilling friendships.

As for #14?  We will see.  #13 seemed like a good time to close it out.  Call it good.  End a GREAT run.  It became my baby and it meant a lot to a lot of people.  There are a lot of reasons for closing a great chapter, and many of those will remain inside that lil heart of mine.  But, not all sequels are bad either.

We shall see.  Until then…